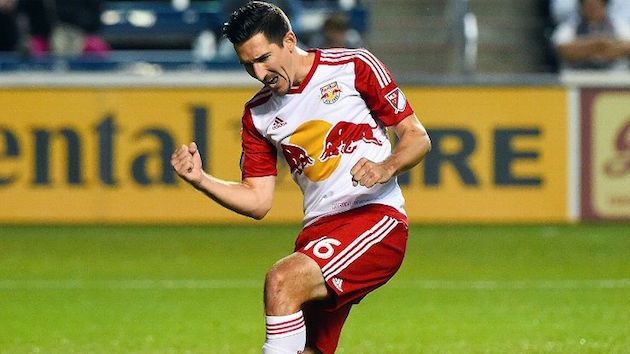 A few weeks ago, the MLS All-Stars fell short of knocking off Arsenal in the annual exhibition match, and one of the many well-known players to feature in that friendly was Sacha Kljestan. The 30-year-old quietly had a successful European career, and now plays a key role in the New York Red Bulls’ push for an MLS Cup.

After a successful college career at Seton Hall, where he earned a third-team and first-team All-American selection, Sacha Kljestan was taken by (the now defunct) Chivas USA in the 2006 MLS SuperDraft. Even though he was just 21 years old, and had virtually no professional experience, the former Pirate played a pivotal role on Chivas during his rookie season. He appeared in every single one of the club’s 33 matches before they were knocked out in the first round of the playoffs, and even though he only managed to grab five assists, his contributions earned him a runner-up finish in Rookie of the Year voting.

Fears of a sophomore slump were quickly dispelled by Kljestan for the 2007 campaign as he doubled the previous season’s assist total (10) and he also bagged four goals along the way, as well. Despite his breakout campaign, the 22-year-old couldn’t help Chivas push on in the playoffs, as they were once again knocked out in the first round.

His time at Chivas would last just two more seasons, and neither of those campaigns saw him best his sophomore goal and assist tally. Kljestan’s statistical decline didn’t paint the whole picture, however, as European clubs started to become more and more interested in his services.

A short trial at Celtic showed the caliber of clubs that were looking into acquiring the American’s services in the midfield. During the 2010 summer transfer window, the 25-year-old finally made the jump to Europe joining Belgian giant R.S.C. Anderlecht on a four-year deal. Sporting were coming off of a league title-winning season so Kljestan wasn’t walking into the easiest of situations.

His debut season in Belgium got off to a flying start as he scored in his competitive debut against The New Saints in Champions League qualifying. He didn’t have quite the same role for Anderlecht as he did for Chivas, however, as he appeared in just 25 league fixtures. The club were also unable to repeat as champions. Despite finishing top of the table come season’s end, Anderlecht fell short in the Championship Playoff and they were forced to settle for a spot in the Europa League.

The following season, Kljestan was the first choice midfielder for Ariel Jacobs’ squad. The American would appear in 36 matches for the club as they rebounded from the title disappointment in the previous campaign to claim the regular season title, as well as the Championship Playoffs. This was the club’s 31st Belgian League crown, and it was also the first major piece of silverware of Kljestan’s professional career.

That success would become a familiar feeling for the midfielder over the next two seasons as Anderlecht would go on to claim the next two league titles and three straight Belgian Super Cups. Kljestan would continue to be a key player for the club during that historic title streak, but between the 2013/14 and 2014/15 campaigns, he wasn’t having as big of an impact on the side.

After a successful four and half years in Belgium that ended with three league titles and four Super Cups, Kljestan returned to Major League Soccer with the New York Red Bulls. His departure from Anderlecht came with an emotional goodbye from the fans that even included a “USA! USA!” chant.

The return to the MLS did little to hinder Kljestan’s form as he started 40 matches between the US Open Cup and the league during the 2015 season. He rattled in nine goals and 11 assists for the Red Bulls as they claimed the top spot in the Eastern Conference by a seven-point margin. Similarly, to his first season at Anderlecht, the regular season success didn’t transfer to the playoffs as the Red Bulls were knocked out by the Columbus Crew in the Eastern Conference Finals.

This year has once again seen the 30-year-old play a pivotal role in the Red Bulls’ midfield appearing in 22 of the team’s 23 league fixtures. Even with 12 games left to play in the season, Kljestan has already matched last season’s assist tally and is just three strikes away from matching his goal tally, as well.

Before he earned his call-up to the full United States Men’s National Team in 2007, Kljestan represented the Stars & Stripes at both the U20 and U23 levels. His impressive performances for Chivas USA convinced Bob Bradley to include him on the 2007 Copa América squad. The tournament didn’t exactly go to plan, however, as the US failed to win or draw a single match.

In a 2009 friendly, the midfielder pulled out his best international performance with a hat trick against Sweden. His move to Anderlecht wasn’t enough to convince Jürgen Klinsmann to include him on the 2010 World Cup squad, and he has yet to feature in a major tournament under the German manager.

Typically lining up as a central midfielder, Kljestan specializes mainly on the defensive side of the ball. He is good at getting stuck in on challenges, and his experience has given him a very high football IQ on the pitch. Competing with Michael Bradley and Jermaine Jones for the defensive midfielder’s role has limited the 30-year-old’s international opportunities, but he performs admirably there for the Red Bulls. 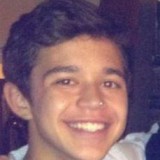